A round synthetic jet injected in a coflow wake is investigated experimentally in order to estimate the spreading and decaying rates of the jet while compensating for the actuator wake. The flow field of the jet and wake is measured using hot-wire anemometry. The spatial evolution of the synthetic jet is modeled similarly to a continuous turbulent jet in a coflow with some modifications for the pulsatile nature of the synthetic jet and the wake behind the flow actuator. The model employs an integral formulation that conserves the excess momentum flux in the jet along with a hypothesis which asserts that the rate of growth of the shear layer is proportional to the velocity of the dominant eddies in the jet relative to the surroundings. The characteristic velocity and length scales are derived from a corresponding top hat velocity profile. The jet in the far field is observed to exhibit self-similar behavior, as distinguished by the overlapping of the excess mean velocity profiles if scaled by the self-similar variables. The streamwise variation of the centerline velocity shows good agreement with the proposed semi-empirical integral model. The verification of the theoretical model suggests that the decay of the non-dimensional relative velocity of the jet depends mostly on the spreading rate of the same synthetic jet in a quiescent environment. The spreading rate of the synthetic jet decreases as the coflow velocity increases. Finally, for a synthetic jet in a coflow wake, a larger actuator stroke ratio results in a faster velocity decay as well as an enhanced spreading rate. 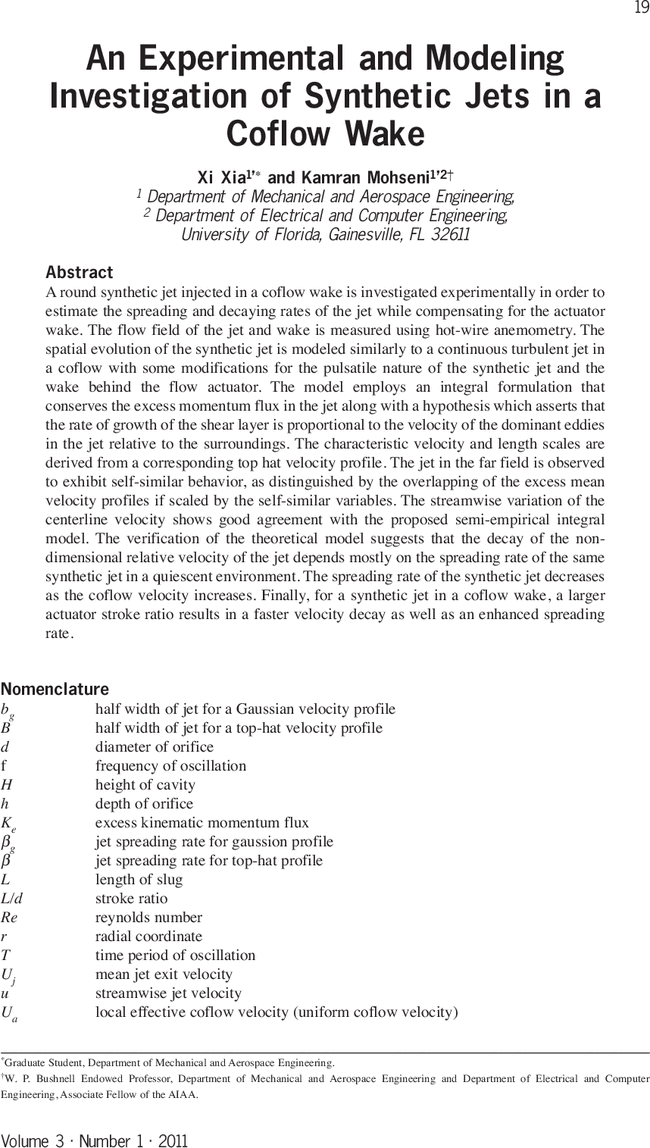