The control of dynamic stall by periodic forcing was studied on a NACA 0012 airfoil under incompressible conditions by means of two-dimensional zero mass-flux blowing slots, oriented at 45° and 90° to the chord-line respectively. Time-resolved surface pressure and wake survey measurements were phase-averaged and integrated to yield the aerodynamic loads. Dynamic stall was controlled by "trapping" the bubble upstream of the forcing slot and the momentum imparted by the zero mass-flux device that was required to affect control was proportional to the square of post-stall angle of attack. Deep dynamic stall, where the static stall angle is exceeded by a large margin, was effectively eliminated but relatively large momentum coefficients, greater than 0.04, were required to achieve this. For various reduced frequencies and momentum coefficients, the 45° slot exhibited greater control authority over moment coefficient excursions than the 90° slot. A comparison of NACA 0012 and 0015 airfoils showed that for the former, stall was significantly more severe, typically requiring larger momentum coefficients to effect control, and different reduced frequency ranges were effective for the different airfoils. 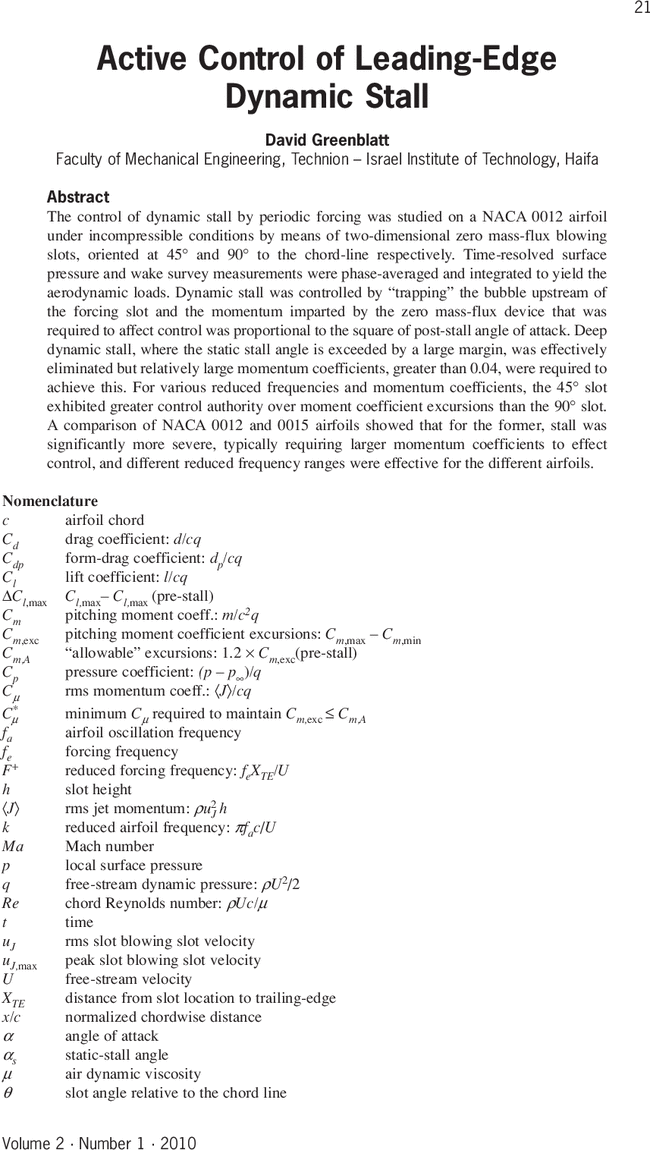