Well-resolved large-eddy simulations of passive control of the laminar-turbulent transition process in flat-plate boundary-layer flows are presented. A specific passive control mechanism is studied, namely the modulation of the laminar boundary-layer profile by a periodic array of steady boundary-layer streaks. This has been shown experimentally to stabilise the exponential growth of Tollmien-Schlichting (TS) waves and delay transition to turbulence. Here we examine the effect of the steady modulations on the amplification of different types of disturbances such as TS-waves, stochastic noise and free-stream turbulence. In our numerical simulations, the streaks are forced at the inflow as optimal solutions to the linear parabolic stability equations (PSE), whereas the additional disturbances are excited via volume forcing active within the computational domain. The simulation results show, in agreement with experimental and theoretical studies, significant damping of unstable two-dimensional TS-waves of various frequencies when introduced into a modulated base flow: The damping characteristics are mainly dependent on the streak amplitude. A new phenomenon is also identified which is characterised by the strong amplification via nonlinear interactions of the second spanwise harmonic of the streak when the streak amplitude is comparable to the TS amplitude. Furthermore, we demonstrate that control by streaks can be effective also in case of stochastic two-dimensional noise. However, as soon as a significant three-dimensionality is dominant, as in e.g. oblique or bypass transition, control by streaks leads often to premature transition. Visualisations of the flow fields are used to highlight the different vortical structures and their interactions that are relevant to the various transition scenarios and the corresponding control by streamwise streaks. 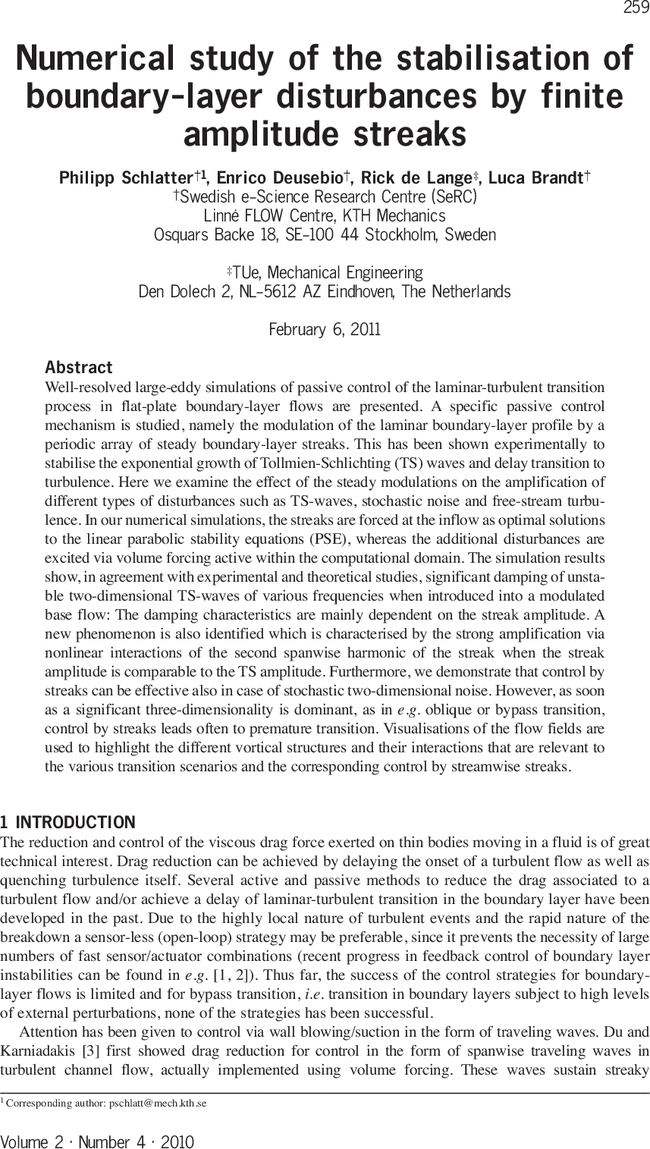