On the Evolution of Amplitude Modulated Excitation in Still Air

Active flow control that is coupled with flow instability has the potential to be energy efficient. However, many applications especially those characterized by large dimensions and low speeds dictate Strouhal numbers which require low frequencies, typically below 100Hz. These frequencies can be orders of magnitude smaller than the efficient operating frequency of common zero-mass-flux actuators. Therefore, the effects of different excitation modes, capable of generating low frequencies from actuators resonating at much higher frequencies, were studied experimentally. The excitation signals included a pure sine wave (as a reference) and amplitude modulated sine wave, in order to generate low frequency excitation through nonlinearity. Detailed particle image velocimetry (PIV) and hot wire measurement are presented and discussed.

The findings of the current study show that when the actuator operates in still air and is excited by a pure sine wave, the nominally 2D excitation creates a train of quasi-2D vortex pairs. The vortex-pairs are created by the high-shear at the edges of the ejected flow during the blowing stage of the cycle, provided that a threshold slot exit Strouhal number is exceeded. The vortex convection speed approximately scales with the peak velocity at the slot exit. Two main mechanisms were identified as responsible for low frequency generation from amplitude modulated signals. The first mechanism is attributed to Sub-critical vortices, generated as part of a modulated strength vortex train, are ingested back into the actuator and do not affect the far field. The second mechanism is related to vortex pairing. In this scenario, larger circulation, faster convecting vortices accelerate and amalgamate with slower, weaker vortices to form one vortex pair that affects the far field. As a result of both mechanisms, the far-field senses a signal that is dominated by the low frequency modulation. 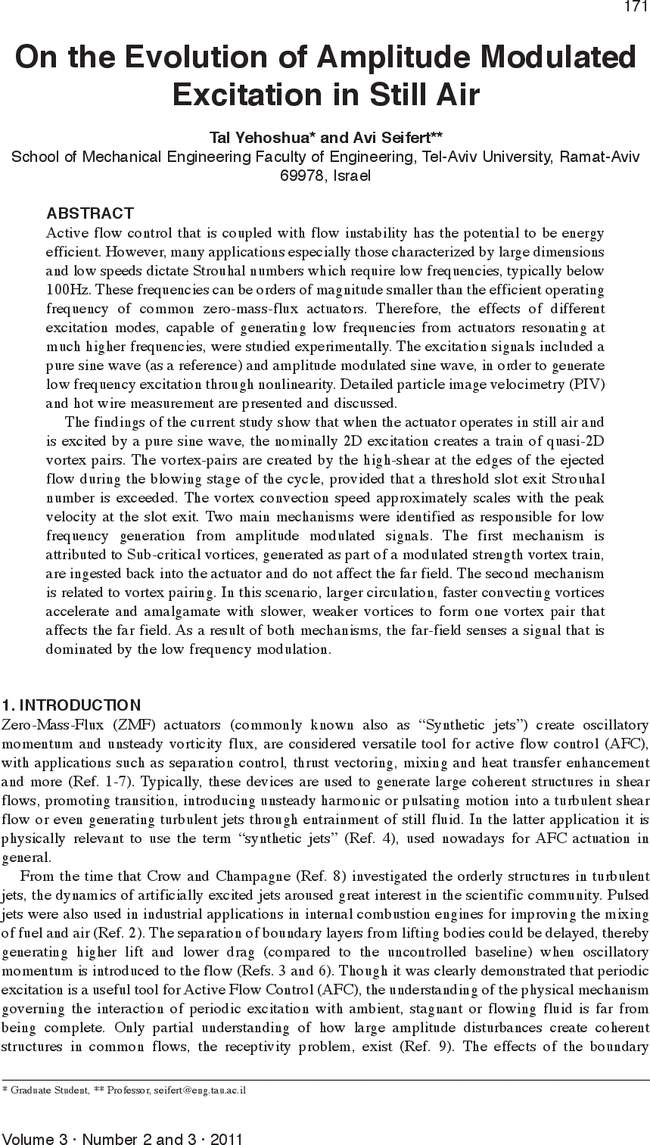