A computational study is conducted to explore the effect of synthetic jet orientation on boundary layer separation control. A six-to-one aspect-ratio rectangular slot is chosen in the current study and streamwise and spanwise orientations of this slot are analyzed. In the first part of this study, the interaction of the jet with an attached laminar boundary layer for both slot configurations is examined. The dominant feature in the streamwise oriented slot is a pair of strong counter-rotating streamwise vortices and these are missing in the spanwise oriented slot configuration. These streamwise vortices undergo stretching and tilting to form a series of hairpin vortex structures and analysis shows that "sweeping" motions associated with these vortices bring high momentum fluid into the boundary layer. A variety of flow statistics are computed and these indicate that despite the smaller overall blockage represented by the streamwise oriented slot, it is more effective in increasing the momentum of the boundary layer. In the second part of this study, the slot orientation effect is examined for a separated flow over a wall-mounted hump at a chord Reynolds number of 1.5 × 104 at different operational conditions. Flow structures generated by the synthetic jet in both slot configurations in this case are similar to those in the case of attached boundary layer. A comparison of various instantaneous quantities which characterize the separation bubble size shows that the streamwise oriented slot achieves better performance for all jet velocities and most forcing frequencies in the range studied here. It is also found that the most effective frequency for both slot configurations is the one that matches with the dominant frequency of the baseline flow. 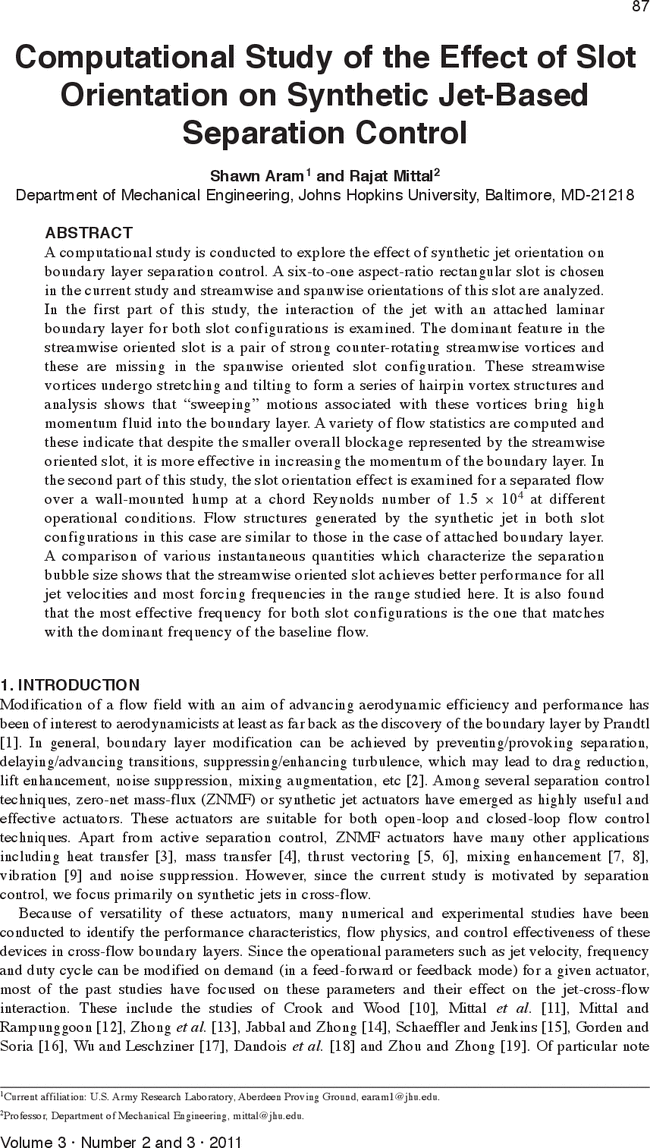