This paper presents the first solution of an optimal control problem concerning unsteady blast wave attenuation where the control takes the form of the initial distribution of liquid water droplets. An appropriate two-phase flow model is adopted for compressible homogeneous two-phase flows. The dynamical system includes an empirical model for water droplet vaporization, the dominant mechanism for attenuating the jump in pressure across the shock front. At the end of the simulation interval, an appropriate target state is defined such that the jump in pressure of the target state is less than that of the simulated blast wave. Given the nature of the non-linear system, the final time must also be a free variable. Anovel control algorithm is presented which can satisfy all necessary conditions of the optimal system and avoid taking a variation at the shock front. The adjoint-based method is applied to NASA's problem of Ignition Overpressure blast waves generated during ignition of solid grain rocket segments on launch vehicles. Results are shown for a range of blast waves that are plausible to see in the launch environment of the shuttle. Significant parameters of effective droplet distributions are identified. 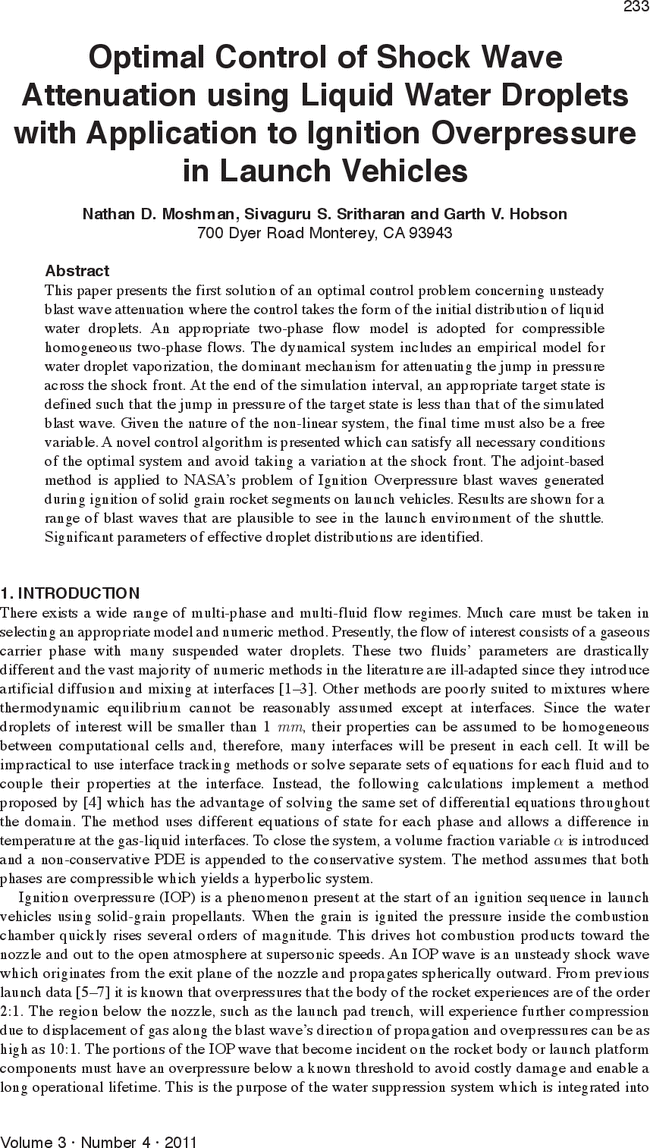