An experimental investigation was conducted of the effect of ‘butterfly skin’ (metallic version of the butterfly scale) with rough internal surface on vibration and aerodynamic performances of a two-dimensional, 100-mm chord, NACA-230 airfoil oscillating through simulation of flare maneuver, in a 250 x 750 mm low-speed straight through a wind tunnel. Attention was initially directed to this problem by observation of the rough surfaces of butterfly wing scale as well as other studies indicating the vibration suppression of flying butterfly and the better lift of these wings by wing appendages. Results indicated that the ‘butterfly skin’ increased the lift force by a factor of 1.05, and reduced both the duration of vibration by a factor of 1.13, and the frequency of an oscillating airfoil by a factor of 1.5. The modification of the vibration effects on the rotor blade model was due both to an increase in the added mass, which influences the ‘the butterfly skin’, and to a decrease of the internal air flow velocity by aerodynamically rough surfaces of the air cavity. The total air mass which influences the slender wing with the ‘butterfly skin’ was represented as the sum of air mass of three geometrical figures: a circular cylinder around the wing and two right-angled parallelepipeds within the air cavity. The "butterfly skin" can have constant clear spacing of the air cavity or tapered air cavity. The interaction mechanism of a ‘butterfly skin’ with a flow is also described. 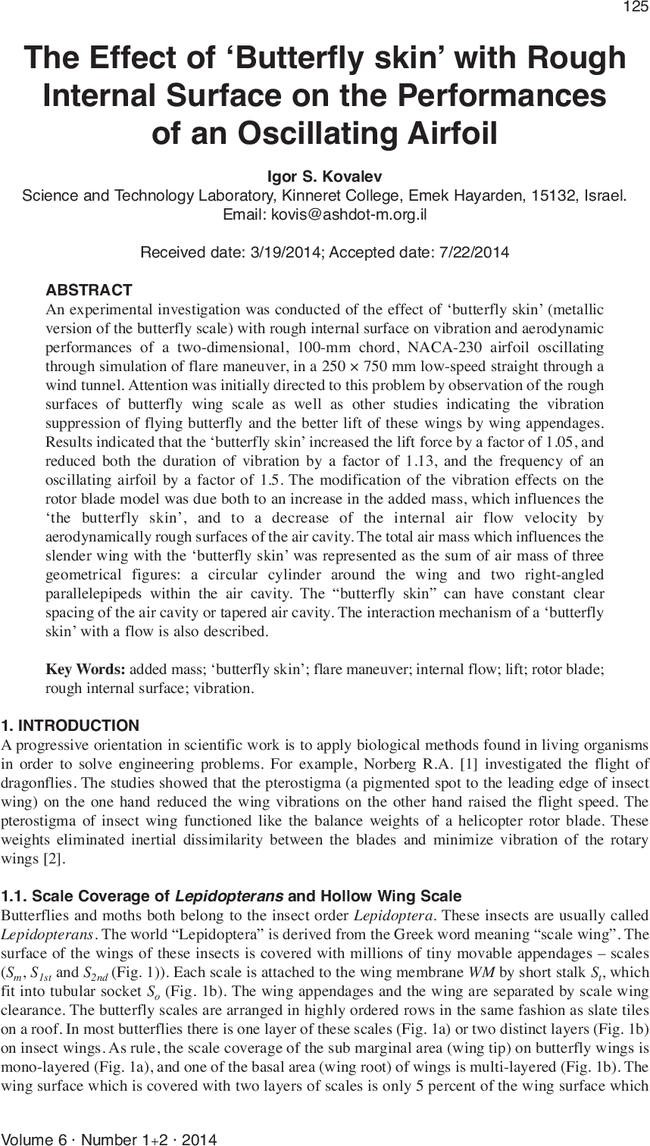