The thrust production and power consumption of plasma actuators with varying electrode geometries was measured. The geometries were varied by changing the chord-wise length of the exposed and buried electrodes as well as varying the chord-wise gap between the electrodes. Each actuator was driven with a 5 kHz sine wave at 16 kVpp, and operated at pressures ranging from 10-101 kPa, which corresponds to altitudes from 16,000 m to sea level. The electric field of each configuration was also modeled using Maxwell Ansoft. Increasing the length of the buried electrode was found to have the greatest effect on thrust production especially at low pressure. Actuators with 75 mm buried electrodes produced an average of 26% more thrust at all pressures and 34% more thrust at 20-40 kPa than the traditional 15 mm buried electrode. The gap study revealed that actuators with a 1 mm gap produced the most thrust at all pressures. All actuator designs were found to have a similar linear relationship between their effectivenesses and operating pressure. 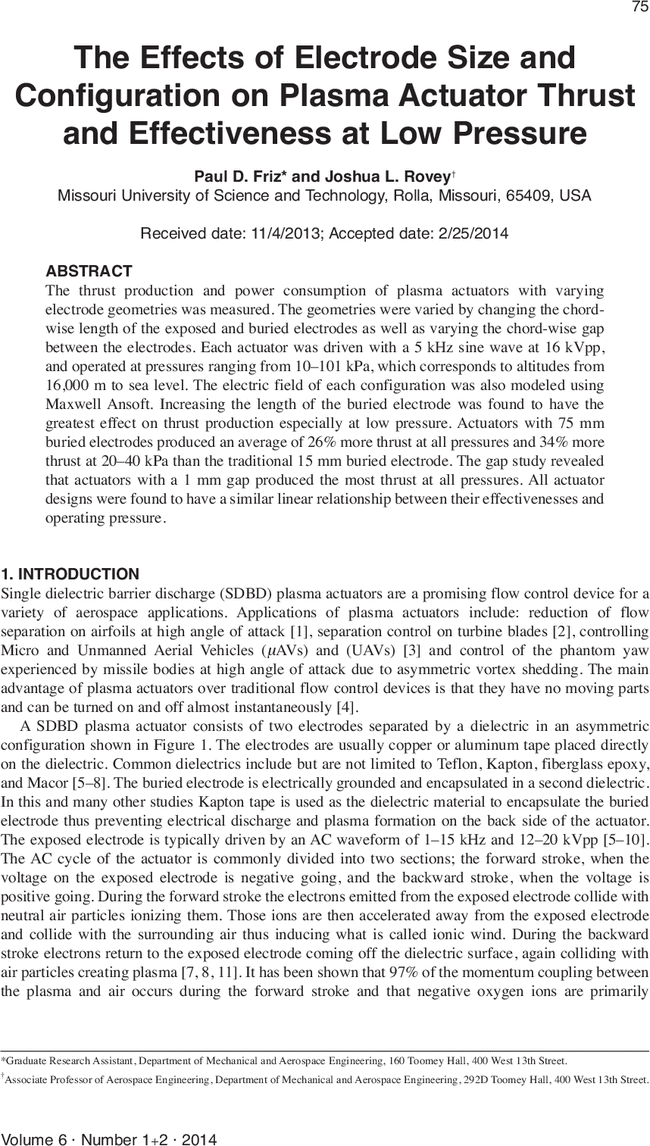