Active flow control of the longitudinal vortices that developed near and around simplified A-pillar of a generic vehicle was studied using large eddy simulation (LES). The LES results were validated against existing Particle Image Velocimetry (PIV) and aerodynamic drag data. The LES results were further used to study the flow physics responsible for the development of longitudinal vortices, in particular the vortex breakdown process. Tangential blowing and suction into the shear layer rolling into the longitudinal vortices was found to be a sensitive process that can cause instabilities in the flow. The resulting LES flows also show that actuation influences not only the longitudinal vortex nearest to the actuation slot but also the overall flow. Thus, the influence of the flow control actuation on the entire flow must be considered in order to be able to find the appropriate level of control for optimal aerodynamic performance. 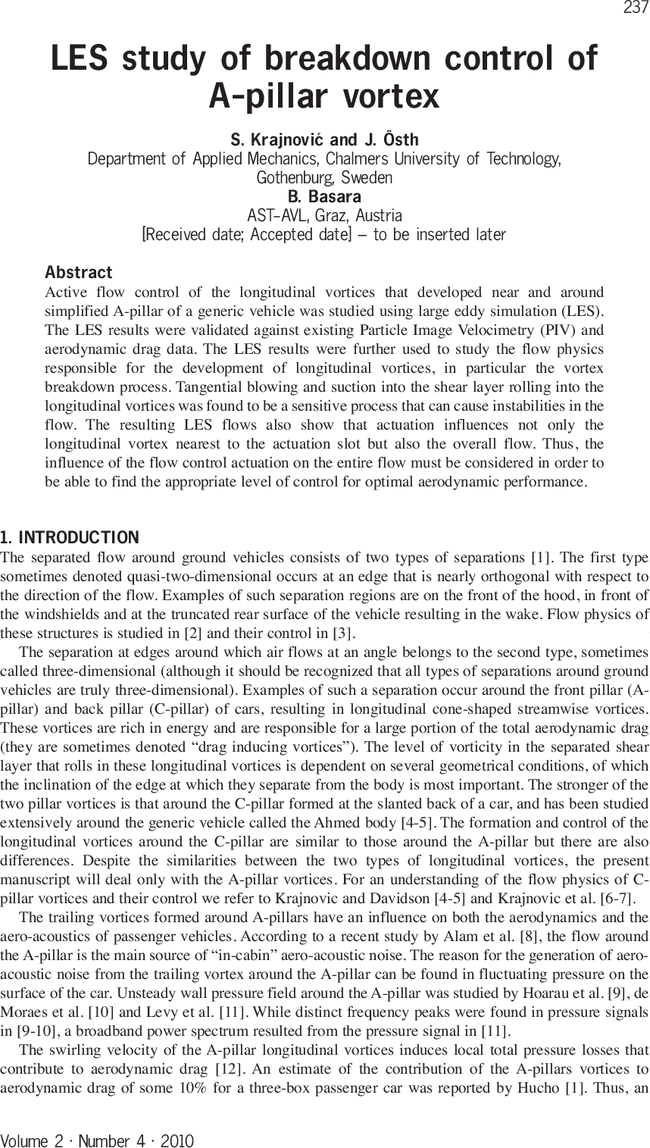