Direct numerical simulation is performed to the flows in a channel with a cosine-shaped dimple on the lower wall. Flow structures due to the dimple are studied at eight different Reynolds numbers ranging from 50 to 3000, corresponding to laminar, transitional and turbulent flows. The instability is triggered at Reynolds number around 1000. As Reynolds number increases, the separation region in the cavity of the dimple becomes big, and the pressure on the rear part of the cavity increases, resulting in the enhancement of the pressure drag. At the transitional Reynolds number, the instantaneous flow field exhibits an apparent periodic character, and the three different flow patterns are found at the three different characteristic frequencies, respectively. 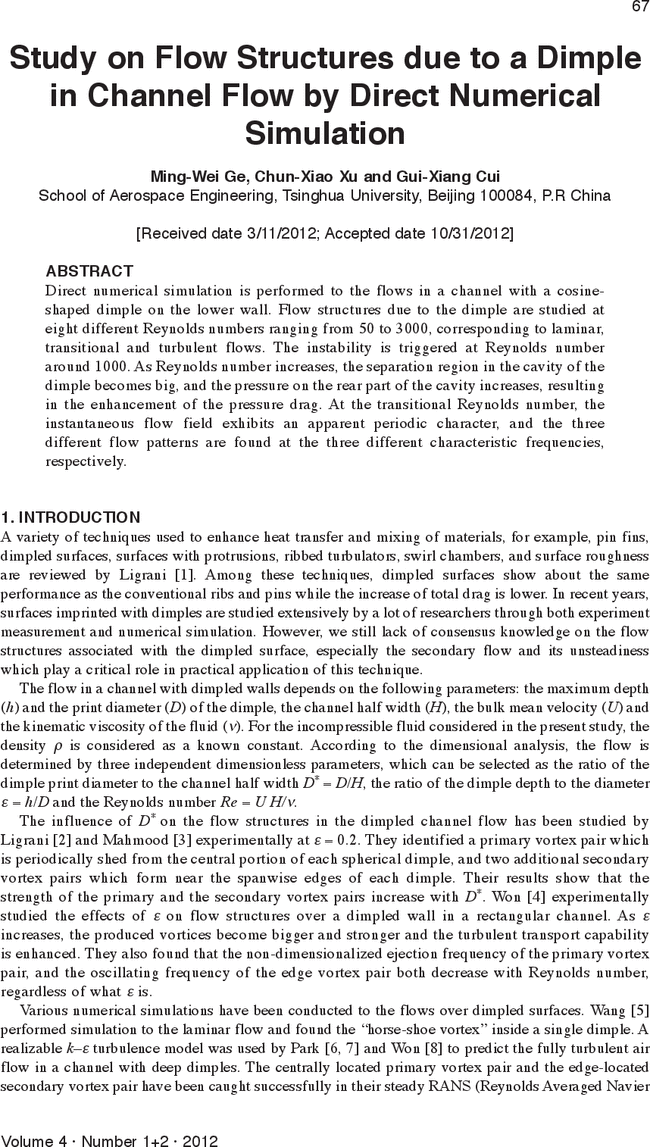