An experimental investigation was carried out with an objective to enhance the flight envelop of a generic USA-35B wing at low speeds. The technique employed in this study is a pair of longitudinal ridges to take advantage of both leading edge protrusions and chordwise fences. Two-component particle image velocimetry (PIV) was used to measure the velocity field. In the present study, the ridge height and inter-ridge spacing were varied to obtain an optimal control configuration for maximum effectiveness in terms of flow separation region and attachment location. The results showed that the baseline airfoil exhibited a massive flow separation on the suction side at an angle of incidence of 12° and beyond. With the addition of optimal longitudinal ridges, the stall was significantly delayed and the flow was completely attached on the entire airfoil surface up to an angle of incidence of 16°. The study suggest that longitudinal ridges are simple in design, implementation and very effective for separation control. 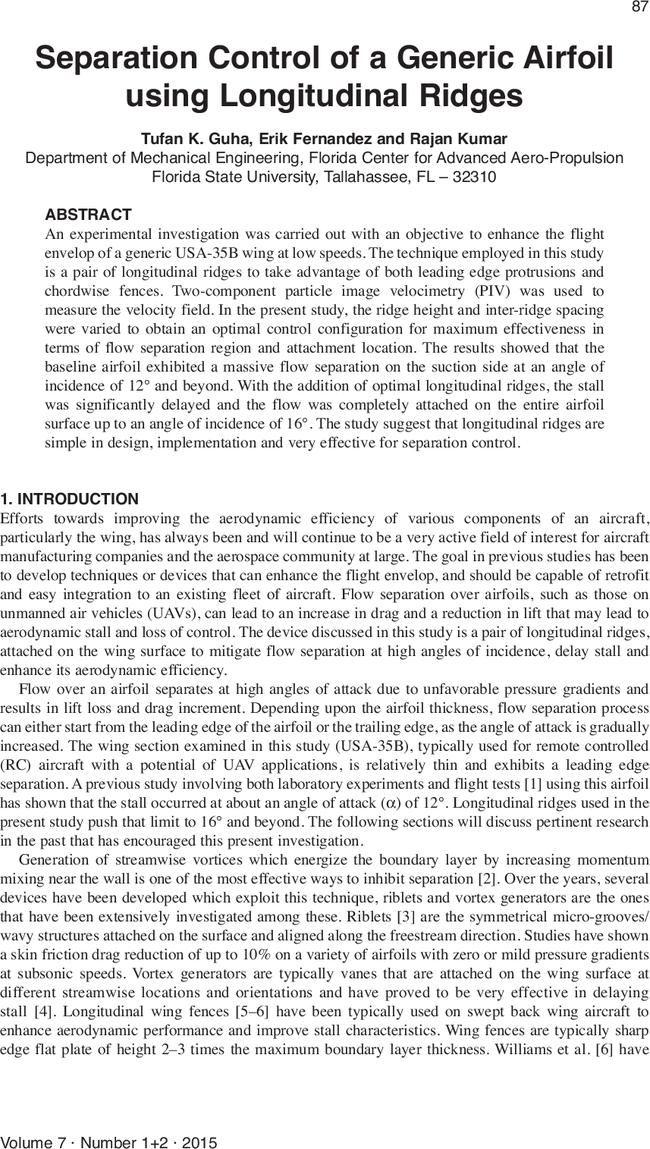